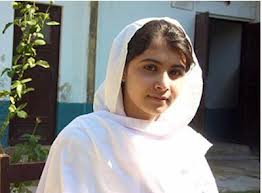 Today is Malala Yousafzai’s 16th birthday. But unlike most girls her age, she’s spending hers at the United Nations. You see, Malala is not your ordinary teenager.

Originally from the troubled Swat Valley in Pakistan (see related posts for the gemstone connection) for many years she has been a champion for educating young girls in a region better known for the oppression of all females by Taliban extremists. Her blog for the BBC Urdu service talked about her personal experiences struggling to get an education under the powerful control of Taliban militants in her homeland.

Malala’s dedication to the cause earned her the highest praise from a range of people, including Archibishop Desmond Tutu and US Special Representative Richard Holbrooke. But it also drew the attention of the brutal and oppressive Taliban leadership, who ordered her killed as her work to promote educating young girls was, according to their own twisted logic, a “symbol of infidels and obscenity.” The Taliban attack against her and her schoolmates may have severely wounded the human rights champion, but it did not stop her. In her words, “They thought that the bullet would silence us. But they failed.” She continued:

Click here for her entire UN speech. It’s one of the best speeches I’ve heard in a long time.

If you want to show your support for Malala’s campaign calling on world leaders to fund the new teachers, schools and books we need so that every girl and boy throughout the world can be at school and receive an education, click here.