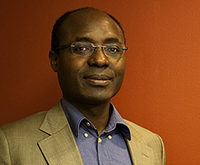 I’ve known human rights activist and journalist Rafael Marques de Morais for several years now. His work raising awareness of the plight of diamond miners in Angola is remarkable and we’ve done what we can to support his efforts. For many years, the private security services hired to protect diamond mining concessions operated by civilian business partners of Angolan generals have been perpetrating atrocities in the Lunda provinces in the north-eastern region of Angola, alongside the Angolan Armed Forces (FAA.) These crimes include burying 45 miners alive, executing 22 by gunfire, forcing 15 miners to jump to their deaths from a speeding truck, along with widespread beatings and torture. For many years now, Rafael has been a voice in the wilderness, making sure the outside world was made aware of these crimes.

In April of this year, Rafael was summoned  to be interrogated by the Organized Crime Unit of the National Police in Luanda, Angola. He was subsequently informed that he had been indicted in January 2013 on charges of defamation related to his book, Blood Diamonds: Corruption and Torture in Angola, published in Portugal in 2011. The book documents widely reported allegations of homicides, torture, forced displacement of civilian settlements and intimidation of those living in the diamond-mining areas of the Lundas region. It appears that these charges are largely politically motivated as Angola seeks to bury the truth about the well-document abuses.

This isn’t the first time Angola has tried to silence him. In 2000, he was sentenced to six months in prison and ordered to pay damages for defamation against the President of Angola, José Eduardo dos Santos. (President dos Santos has been in power for 32 years and was in power back when the conflict diamond issue was first emerging as an issue with stones originating in Angola.) In this attempt by Angola to squelch the truth about the ongoing human rights abuses, the United Nations Human Rights Commission found that Rafael was wrongly punished and the Angolan government ordered to offer restitution.

At Leber Jeweler, we’ll be doing what we can to help with this issue, both in Washington and internationally. In the meantime, don’t let anyone tell you the conflict diamond issue is “solved.” While the Kimberley Process may approve of Angola’s diamonds, they most certainly qualify as blood diamonds.