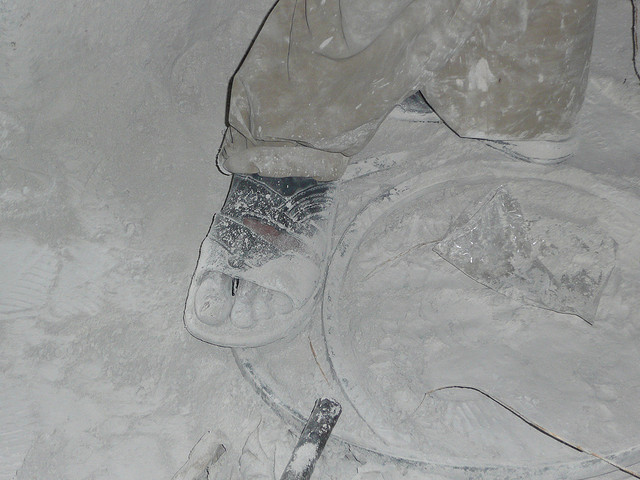 We’ve been working on this issue for several years now. Simply put, underpaid workers die every day from cutting the low-priced gemstones used in the jewelry you see in department stores, big-box retailers and on TV home shopping channels across the country. These gems and beads, which include common varieties like amethyst, citrine, and chalcedony, are cut in places like India and China, where workers are exposed to high levels of silica dust, a product of unsafe working conditions. This leads to a deadly disease called silicosis.

At Leber Jeweler, we have long been advocates for responsible sourcing with all the materials we use, including colored gemstones. But our high sourcing standards are more the exception than the rule in the world’s jewelry trade.

This week, the Global Post published an in-depth article on the subject of silicosis in gem cutting. I contributed to the piece. It highlights the plight of tens of thousands of gem workers, including the story of a man named Diwan. They are all victims of this low-cost gem cutting trade. Days after his interview with the Global Post reporter, Diwan died of silicosis.

The demands made by many western companies to cut the prices they are willing to pay for the gemstones they sell is partly to blame for fueling this terrible problem. As they press for lower cost goods with little regard for the plight of those on the first rung of a global supply chain, it is the workers in countries like India who are forced into a no-win situation of either working for less than a living wage or not working at all. But if a gemstone is cheap you can be all but certain, someone is paying the price.