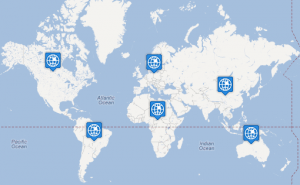 Ambassador Gillian Milovanovic, the US chair of the Kimberley Process, called on KP participants to arrive at a new definition for conflict diamonds to keep pace with global issues and respond to consumers’ desire for conflict-free diamonds. To date, the Kimberley Process has defined conflict diamonds as “rough diamonds used by armed rebel groups” to fund their battles “against established governments.” This definition may have applied in places like Angola and Sierra Leone twenty years ago, but when the “established government” (for example, Zimbabwe) is the one committing the human rights abuses, the matter escapes the scrutiny of the KP since they don’t consider those to be “conflict diamonds.”

At Leber Jeweler, we have been working for a change to this definition since we believe conflict and violence in any form is wrong. Regardless of any legal definition the diamond industry hides behind, a conflict diamond is a diamond associated with conflict. It’s as simple as that.

Yet while a segment of the US industry recently began steps in the right direction to begin to address issues with diamonds through the creation of a sourcing protocol in the wake of the US government’s active engagement on the issue, a large faction of diamond sellers and trade organizations pushed back against the idea, continuing to repeat their mantra that human rights has nothing to do with their desire for increased diamond profits. According to Reuven Kaufman, president of the Diamond Dealer’s Club in New York, “the industry needed to spend less time on these issues and more on the core issue of promotion and growing demand.”

So it comes back down to the same core matter. A large segment of the diamond and jewelry industry simply will not act to address human rights issues unless governments or consumers force the issue.

So consumers, it’s up to you to say “no” to conflict diamonds, no matter how the Kimberley Process wishes to define them.